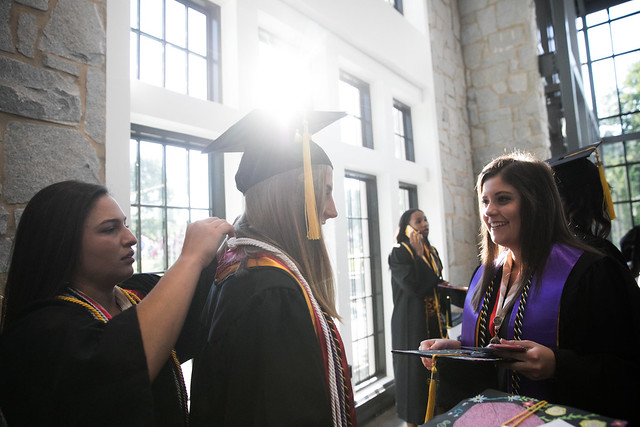 Congratulations to the more than 240 graduates honored at Oglethorpe’s 2019 Commencement on May 18! Check out our live feed video and social media round-up from the festivities-you just might see yourself or your own posts included! Donald Graham, former publisher of The Washington Post and chairman of the board for Graham Holdings Company, was […]

The 2019 commencement speaker and honorary degree recipient is Donald E. Graham, chairman of the board of the Graham Holdings Company and former publisher of The Washington Post.

Graham also co-founded TheDream.US, the largest national college scholarship fund for DREAMers. In 2019, Oglethorpe became the first Georgia college or university to partner with TheDream.US, and the first institution in a “locked out” state, where DREAMers cannot get in-state tuition or state financial aid. Oglethorpe will present Graham with the honorary degree of Doctor of Fine Arts.

“Throughout his career and his life, Don Graham has been a stalwart leader, a guardian of the freedom of the press, and an advocate for the education of our youth, regardless of where they were born,” said Oglethorpe University President Lawrence M. Schall, J.D., Ed.D. “His determination to put his convictions into action is a model for our graduates as they set out to make a difference in the world.”

Graham is a co-founder of TheDream.US, the largest national scholarship fund for DREAMers. Previously, he served as chairman of the District of Columbia College Access Program. He remains a member of the DC-CAP board. DC-CAP has assisted over 23,000 DC students enroll in college and has provided scholarships totaling more than $33 million. Graham is a trustee of the Federal City Council and KIPP-DC.